During the pandemic, Daphne Clement, retired hospice chaplain and coordinator of spiritual care, began each day in worship on Zoom. For 19 months, waiting worship transformed COVID-19 lockdown into a life-sustaining spiritual retreat for Friends who gathered in collective connectedness.

“We are witness to the formation of an amazing technological society that has risen to meet the need for communion among Friends during the past year and a half of the pandemic,” Clement writes. “And we morning worshipers are so grateful for the innovation.”

She wonders about the future, inviting Friends to reflect on their own circumstances: “So, will our everyday Zoom worship endure?” Clement asks. “Is digital worship the new way of life?” 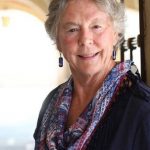 You can read this Book Review online by following this link:

Walk with Me: A Biography of Fannie Lou Hamer 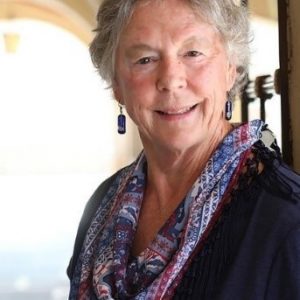 The Pendle Hill pamphlet Friending Rosie on Death Row documents a 20-year friendship between a non-incarcerated Quaker and a formerly Catholic woman who was condemned to die for murder. (There is also a longer book with a similar name, Friending Rosie: Respect on Death Row, available from Page Publishing. It includes more of Rosie’s first-person views and is targeted to a general audience.) Author Judith Favor draws on her own memories as well as letters Maria del Rosio Alfaro (Rosie) wrote to her from death row in Central California Women’s Facility. Alfaro permitted Favor to publish certain pieces of correspondence while requesting others be kept private.

Favor explains that she and Alfaro want to encourage others to commit to friendships that transcend barriers of privilege, race, class, and criminal justice system involvement.

Stories like ours help us answer some of life’s big hows and whys: What makes people commit impulsive acts of violence? How can one awful choice disrupt so many lives? How can we mend past mistakes? Where is love in all this?

Favor recounts a conversation in which Alfaro, convicted of fatally stabbing nine-year-old Autumn Wallace while drug impaired and sentenced to die in a gas chamber, weeps as she recalls the day of the crime. Favor explains that discussing the details of the murder is not the purpose of her writing. Rather she intends to demonstrate how loving connections can transcend any issues resulting from a dark past.

Reading about Elizabeth Fry, a Quaker prisoner advocate in nineteenth-century Britain, inspired Favor to correspond with an incarcerated woman. Raised Protestant, Favor discovered Quaker advices and queries while unemployed and avoiding homelessness by staying with a Friend who worshiped at Palo Alto Meeting in California. Quaker testimonies inspired her to affirm the spiritual worth of every person by befriending someone behind bars. Favor re-envisioned the prophet Micah’s age-old question “What does the Lord require of you?” to read “What does Love require of you?” The answer given in the book of Micah is “to do justice, to love kindness, and to walk humbly with your God” (6:8 NASB). Cultivating a friendship with Alfaro enabled Favor to practice justice, kindness, and humility.

The women confide in each other in letters and during visits. Alfaro tells Favor about a fight she engaged in as well as the prevalence of drug abuse in the prison. She describes her daily activities and remarks on the ceaseless, deafening noise. Favor tells Alfaro about her divorce, and Alfaro responds with compassion:

I’m very sorry to hear about your divorce. I don’t even know what to say, my heart goes out to you and him. Tell me, friend, how are you handling this? I don’t know what made you both do what you’re doing, but all I can say is that I’m here for you. I know that at times it feels good to talk to someone about our problems, and vent to let it out. So if ever you feel that, please know I’m here for you.

The pamphlet challenges readers to ask what we can do to step outside of comfortable social circles and engage with incarcerated people who we might not initially think of as potential friends. It invites us to explore how we can acknowledge that of God in everyone.

Reviewed by Judith Favor on October 1, 2018 in Friends Journal

The Sun Does Shine is the true story of an innocent black man’s unjust conviction, his despair on Alabama’s death row, and his practice of peacemaking behind bars. In “The Death Squad” chapter, Anthony Ray Hinton’s anguish is palpable as he describes men in chains being walked past his cell to the electric chair. He leads inmates to bang on the bars of their cells during electrocutions, raising a holy ruckus of accompaniment and protest.

Hinton eased racial grudges and grievances by aiding KKK and African American inmates alike. “A book club will help things stay more peaceful,” he told the warden, pointing out that reading books would be a good way for the men to quietly spend time and focus on something other than the negative aspects of life on death row. He also added, “I do think it will help [the guards] have an easier time doing their jobs.” His resourcefulness led to the first death row book club. In chapters titled “Love Is a Foreign Language” and “Go Tell It on the Mountain,” Hinton reveals which authors forged community between black and white convicts.

I was disappointed in two aspects of The Sun Does Shine. My friend Rosie on death row cannot read it, because hardcover books are forbidden in her facility (and in many others too). My greater hurt is all the women missing from the afterword. Preceding nine pages of “the men and women who sit on death row in this country” (as of March 2017) listed in “Pray for Them by Name,” Hinton writes:

Statistically, one out of every ten men on this list is innocent.… Read these names. Know their stories.… The moral arc of the universe needs people to support it as it bends.… Read the names out loud. After every tenth name, say, “Innocent.” … The death penalty is broken, and you are either part of the Death Squad or you are banging on the bars. Choose.

He chose a provocative way to conclude, but I am pained that, for some reason, the women on death row in Central California Women’s Facility and other facilities are not acknowledged.

During the author’s reading at Vroman’s Bookstore in Pasadena, I was moved by his honesty, his vulnerability, and his simplicity. Hinton’s true voice is inscribed on every page, and his tears, too. Three relationships kept him going through 30 years of wrongful incarceration: his mother’s unconditional love, his friend Lester’s faithful visits, and legal advocate Bryan Stevenson’s commitment to setting him free. Stevenson, the author of Just Mercy, took Hinton’s case to the Supreme Court where all nine justices confirmed his innocence. That day at the bookstore, Hinton gave the crowd one closing bit of advice: “If you ever get arrested for a crime you didn’t commit, do two things. Pray first, then make your 911 call directly to Bryan Stevenson.”

The Sun Does Shine may deepen the commitment of Friends working for prison reform, offer fresh insights to Friends conducting Alternatives to Violence Project workshops with inmates, and perhaps inspire new AVP volunteers.

The Sun Does Shine: How I Found Life and Freedom on Death Row 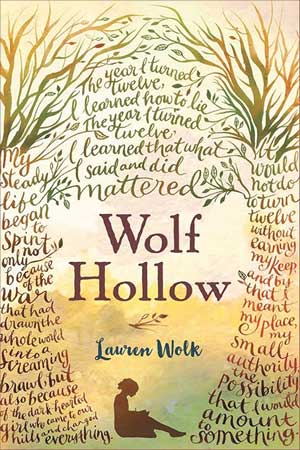 “The year I turned twelve, I learned how to lie. I don’t mean the small fibs that children tell. I mean real lies fed by real fears––things I said and did that took me out of the life I’d always known and put me down hard into a new one.”

In Wolf Hollow, Lauren Wolk introduces a girl who becomes brave and good in the face of something terrible. In 1943, Annabelle lives among people who love her in the hills of rural Pennsylvania, a place she loves.  She enjoys a steady life until a dark-hearted girl comes to her hills and changes everything. After Betty punches her and threatens greater hurts, Annabelle finds ways to protect herself and her little brothers by seeking inner guidance.

Toby, a scarred veteran of the first war, lives in the woods nearby.  He looks odd and rarely speaks, but Annabelle senses his kindness. She tries to protect Toby from the lying girl who manipulates people into blaming him for the cruelties she has inflicted. Tensions mount when Betty disappears and Toby, suspected of kidnapping her, takes off.  As men and dogs search for the missing girl and man, Annabelle searches her conscience and finds courage to speak the truth, a young voice calling for justice.

Lauren Wolk is an award-winning poet and author of the adult novel Those Who Favor Fire.  In Wolf Hollow she writes an indelible account of a reflective child who stands strong on behalf of others.  Although this compelling story of moral complexity and quiet heroism is marketed to third through seventh graders, I commend it to Friends of all ages, particularly librarians, First Day teachers, parents and grandparents.

To sum up the power of Wolf Hollow, I affirm the view of Julie Strauss-Gabel, President and Publisher of Dutton Children’s Books: “The stories that lay bare the ugliness of our world are also the stories that stay with us. They inspire acts of everyday bravery and turn small voices big.”

Judith Favor also lives in a place she loves, among people at Claremont Monthly Meeting who love her. She looks forward to reading Wolf Hollow to her grandkids and, some fine day, to her first great-grandchild. 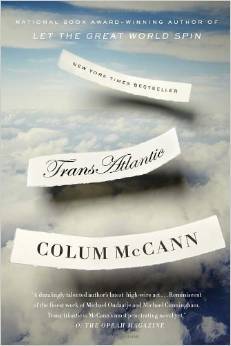 I yearn for writing that is transformational, and this beautifully crafted novel met my longing.  Colum McCann braids together the passions of publicly acclaimed men – abolitionist former slave Frederick Douglass, WW1 pilots Jack Alcock and Teddy Brown and peacemaker Senator George Mitchell—with the private stories of feisty fictional women.  McCann brings his characters to life through exquisite prose, gifting the reader with story lines that arc across the centuries and crisscross the Atlantic, interweaving Irish and American views and values.

Memorable scenes pulse with Quaker testimonies.  In 1845 Irish maid Lily Duggan crosses paths with Frederick Douglass whose integrity and commitment to equality inspire her to escape servitude, sail to America and nurse wounded soldiers on a Civil War battlefield.   The novel follows her daughter Emily and granddaughter Lottie whose journeys mirror the progress and shape of history.   In 1919 they are influenced by two aviators who set course for Ireland, attempting a nonstop trans-Atlantic flight in a bomber they modified for peaceful means, a flight designed to heal the wounds of the Great War.

TransAtlantic is not a quick read.  McCann’s truthful, tender pages invite pauses for deep thinking, remembering past peacemakers and imagining a more simple, just and equitable future.  There is so much goodwill, humor and pure life force in every chapter that this book will lift the spirit of Friends and meet the hunger for transformational fiction.