“You know your part in this,” Sheriff Bowen once told him, and he did. Leo had not spoken up. He should have told someone about his brother torturing dogs. Leo knew he had been a coward.

Is silence the space between words, a pause between heartbeats?

That evening, Cordelia heard Leo’s baritone sounding the overture to an opus, one she would be hearing for nearly thirty years. It took longer for her to discover the complexities of this opus, to make out its woodwind harmonies, its percussive dissonances and its long, silent rests.

Does silence signify absence? Does it entail presence?

Leo didn’t quite know how to be normal under the shadow of goodbye, although he had lived through it once. In Granny Phoebe’s case, he had her love to live up to. In Margaret’s case, his mother-in-law’s temper outweighed most everything else.

Does silence make you nervous? Can it be menacing?

The silence that followed Leo’s departure was like a held breath. Chastened by her husband’s outburst, Cordelia wilted into a state of rebuke. Little did she know it would become a permanent condition.

Is silence voluntary, even communal?

What are Leo’s mother and I doing here, sitting quietly like this, Cordelia wondered. Praying, she supposed, though neither said anything remotely prayerful. She didn’t want to break the peace by asking.

Is silence a refusal to speak, or to respond?

Nothing had ever been said about her husband’s mother leaving the convent. Cordelia felt the pressure to ask, but was relieved by the silence. She was not at all ready to hear about private matters between a failed nun and her God.

How may silence and gender be related?

On this winter day she felt it again, the race of her pulse that propelled her to keep after him. “You may have uncovered a terrible crime. What will you do, Leo? You must do something about this.”

He hung his head and went mute, not for the first time. She was desperate for him to speak, to say anything, but he was too busy breathing. No matter how hard she pressed, no matter how urgently she pleaded, Leo kept his mouth shut, saying nothing for such a long time that she eventually stopped waiting for an answer.

Can silence be pleasurable, even palpable?

Nobody knows about our sexual chemistry during my first two pregnancies. Our secret. She used to wonder what the men at the bank thought when Leo came to work with his face aglow, but never dared ask. 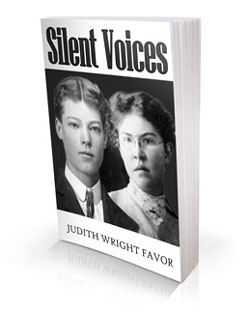